- September 08, 2019
Raiding is the PVE pinnacle of what can be done in World of Warcraft. Raiding is all about the group effort and the group gaining as a whole. PvP individuals only have to worry about four other people. In raids, you are one of 10, 24, or 40 people. Raiding is time consuming and shows devotion to the group, and often times to the guild.

Once you start raiding you are going to want to start finding some good raid related Add-Ons. The other big thing that a lot of the regular raiders have is a program called Ventrilo. Ventrilo is a Voice over IP (VoIP) group communications software. This allows players to communicate via headsets, which allows faster response times than typing in game.

With all of that said, let's move on to what shamans actually do. Shamans are a hybrid class of warrior, mage, and priest. How you choose your talents will determine what kind of shaman you are. The three most common names for shamans are: Restoration shamans, Elemental Shamans, and Enhancement shamans. In most raids, Restoration shamans are the most sought after and Enhancement shamans tend to be the least sought after. Your role during the raid will depend on  what niche you where invited for – Healing, DPS, or Tanking.


Restoration Shamans
As a Restoration shaman, you are probably the most sought after of the raiding shaman specs. This also means you are the one that the other members of your raid  watch  closest. Restoration shamans fill the healer role. Your job during the raid will be to keep certain people alive. A lot of times a Restoration shaman is placed in the group with the main tank. This is not  really  because shamans are the best healers, but because the main tank can then benefit from the totems that the shaman lays down. A Restoration shaman’s main job though is healing. A good raid leader will let you know whom your primary healing targets are. You should primarily be using Healing Wave to heal. Remember that even with talents, Healing Wave still has a 2.5 second cast time. In emergencies, you can use Lesser Healing Wave, but due to it not being as mana efficient as Healing Wave, it should only be used when that one second counts. For that wipe saving heal, remember to use Nature's Swiftness with Healing Wave. When in a raid where there many people being damaged by Area of Effect (AoE) spells, remember your Chain Healing spell. It is not very mana efficient unless you are hitting all 3 targets with it. 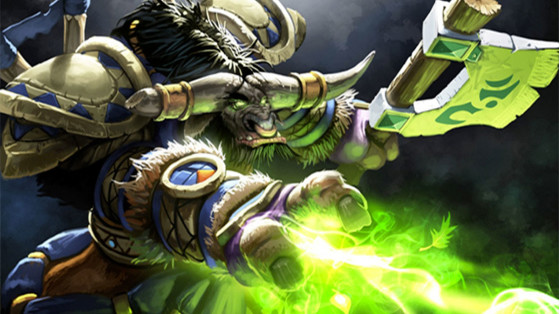 Elemental Shamans
So, if you want to be the one dishing out the damage from a distance, you picked the right way to go. Elemental shamans are  purely in a raid for DPS. The hard part about this is that, as a DPS character, you are one of the most common types of character. This makes it hard to get a DPS slot due to the fact that DPS slots get filled fast. As an Elemental shaman in a raid you have a very busy job ahead of you. You could be placed in any of the groups. Your job is going to be doing damage, spot healing, and keeping group beneficial totems up. You are going to want  to keep your Mana Spring Totem up at all times, because you will be casting a lot of mana intensive spells. You will use your  other totems based on the situation. You have five main spells that you are going to be using: Lightning Bolt, Chain Lightning, Earth Shock, Flame Shock, and Frost Shock. Lightning Bolt is your bread and butter, followed by the shock that is most  appropriate at the time. Last, for multiple mobs you have Chain Lightning. This is a good direct damage spell as long as it is hitting the 3 targets it can. Don’t forget to use your Elemental Mastery talent when the cool down is finished and you are not expecting a big fight for another three minutes. 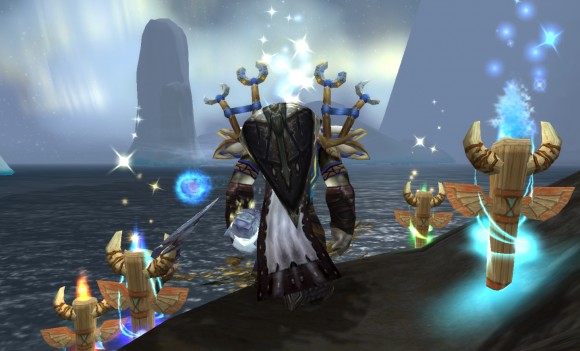 Enhancement Shamans
If you want to be up in the heat of the battle, this is the way to go. Unfortunately, Enhancement shamans have a hard time getting into raids. The reason for this is that most Enhancement shamans don’t have the gear for this spec. Enhancement shamans are a lot of times the off tanks, or support melee. Enhancement shamans should be able to take a decent beating, but because they do not  have plate armor, they can not take nearly as much damage as the plate wielding classes. Enhancement shamans normally dual-wield weapons, or use a two-handed weapon, the most common being the dual-wielding sort. When dual-wielding, remember to keep both weapons buffed. This will add substantial damage. The most common buffs are Windfury weapon on your main hand, and flametongue or Windfury on the off hand. Rockbiter is affected by the off hand weapon doing less damage, and frost weapon is not guaranteed damage like flametongue. If you are in melee range and there is only one mob in the area, searing totem will help out a lot. 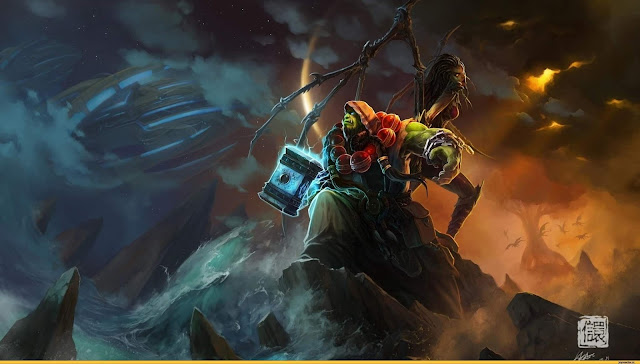 In Raiding, you need to have enough remedy to restore MP and HP. You need a potion that can save your life at a critical time, such as Limited Invulnerability Potion, but these require a lot of Gold to support. If you need it, please go to U4gm website. There are plenty of cheap WOW Classic Gold RP-PvP for sale.