- August 23, 2019
WOW Classic is about to open. Regarding the question of Priest choosing Race, in the previous article, we compare the attributes between different Races. Here U4GM will further analyze the Race suitable for Priest according to different camps.


Alliance
PVE
Human Priest
High spiritual attributes, quick recovery of MP, and Desperate Prayer with instant blood supply, Race talent - Diplomacy, can speed up the acquisition of reputation, for the generally poor Priest, can save a lot of Gold and time to improve reputation.
These have created a great candidate for therapists. In fact, the main treatment for many unions is Human-Priest.

Dwarf
It must be said that Dwarf-Priest gave the Alliance raid great convenience, and Fear Ward made a great contribution to the survival of the tank and the control of hatred.
Many of the fearful Boss have vanished under Dwarf-Priest's Fear Ward. Stoneform allows you to solve a poison and bleeding, add weight to your survival, and have the talent to find treasure.

NightElf
Unfortunately, in addition to stealth sweeping in the raid, other places do not see any great advantage of NightElf-Priest, unless the character's model looks good.

PVP
For Shadow-Priest, Dwarf and NightElf have an absolute advantage.
The advantages of Dwarf are mainly reflected in
1. It can be prevented from being Fear by the enemy. This is extremely important when dealing with Warlock. Stoneform increases damage resistance, detoxification, and eliminates bleeding. Maybe Rogue's set of halo lock skills is smashed on Stoneform skills, and the damage resistance increases. Shadow-Priest only takes 40% damage to physical attacks.
2. Naturally resistant to freezing, 10 resistance and 0 resistance are not the same.

The advantages of NightElf are mainly reflected in
1.Shadowmeld can gain the advantage of preemptive attack in the wild. If Rogue is first used by Priest, Shadow Word: Pain, the blow to his heart must not be small, time is life. One or two seconds earlier may save your survival.
2. When playing against Hunter, Worrior, Paladin, Rogue and Shaman, you can use different levels of "Elune's Grace" to increase your winning percentage.
3 Naturally able to resist natural damage, it will be a bit useful when waiting for Naxxramas.

Human
Perceptive has a greater chance to search Rogue and Druid.
Feedback has some advantages when dealing with melee classes with MPs. 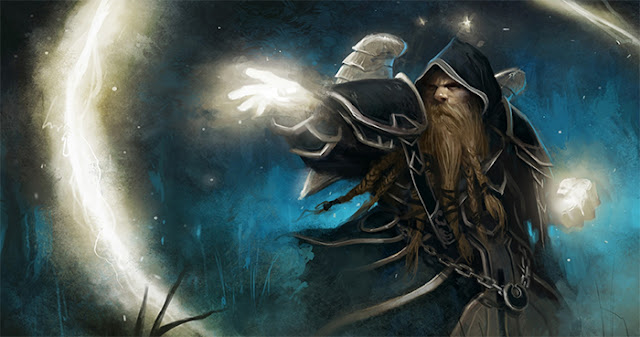 Horde
PVE
Troll
1. The speed of life recovery is fast, and it is somewhat useful when upgrading.
2. With Berserking skills, you can speed up the treatment to increase HPS.

Undead
1. With Shadow damage resistance talent, the survivability will be higher.
2. With Will of the Forsaken, you can lift a Fear and keep the tank or yourself at a critical moment.
3. Devouring Plague is a talent that has both attack and healing effects.
4.Water Breathing, when there is no potion, it is still much easier to do underwater tasks.

PVP
Have to say that Horde's Priest, PVP ability is very outstanding.
The advantage of Troll is that
1.Regeneration restores the health value, although it is less every time, but it can accumulate less.
2.Hex of Weakness, it will be easier to deal with Druid, Shaman and Paladin.
3.Shadowguard can generate additional damage.
4 Berserking can greatly improve DPS and has a strong output capability.

Undead's advantages
1.Shadow damage resistance, although not much resistance, but there is better than nothing.
2.Will of the Forsaken can lift a Charm, Fear effect, this talent can be described as a PVP weapon to deal with Warlock and the same kind of chance of winning.
After the Warrior uses Intimidating Shout for you, when you intend to Intercept, you can use the Will of the Forsaken to interrupt the opponent's attack rhythm.
3.Devouring Plague, another high-injury skill, can also restore HP to yourself, even more rare is Shadow damage, Undead-Priest's two DOTs together, can cause 2000+/24 seconds of stability damage, worthy of the most Powerful Undead-Priest.


The analysis of Priest's Race has been completed here, I hope to have some help for everyone.

Priest in Classic WOW will face MP shortages whether it is a therapist or Shadow, and the safe and fast U4GM website is selling Cheap WOW Classic Gold EU, you can get enough Gold to buy MP potion through U4GM.
WOW Classic Guide WOW Classic Priest