- August 07, 2019
Mage in WOW Classic is a player with more choices. Although there are many Mages in the game, the gap between them is very large. Some Mage is very powerful. Both PVP and PVE perform very well, but some Mage. But not.

The reason for this is the quality of the operation, people often call Mage "operation magnifying glass." 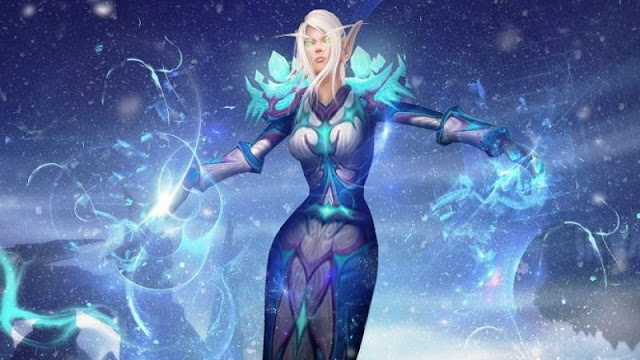 PVE aspect:
Although the employment opportunities are not too many, they are not too small, as long as you have enough WOW Classic Gold to buy potions. But the competition for equipment is huge, first because Mage is too many, and secondly, in addition to Mana Igniting Cord, you need Warlock.

DPS has always been in the leading position. When the Molten Core was opened, because of the BOSS mechanism and the falling of equipment, Rogue has neither a good output environment nor good output equipment, so Mage has become the highest professional output.

Team output operations are the easiest in all occupations, you just need to let yourself die, control the CDs of 4 Mana Gem and magic potions, and don't waste any public CDs when moving positions.

At the same time, Mage is also the most wasteful profession, not only often need to re-select talent, but also to buy a variety of pharmacy, large magic recovery syrup, etc., if you do not, then your DPS can not be in the lead.

5 people Dungeons operate well, except for BOSS basically do not need tanks, a control monster to realize the position of Mage, can improve the efficiency of customs clearance several times.

Making money is also the fastest of all occupations, such as killing crocodile groups in Zul'Gurub. U4N has covered the relevant guide in another article. If you are interested, please click here.

Mage's operation is also the most difficult of all occupations. As the Mage that operates the magnifying glass, there is nothing that can stop you from operating. It is easy to be hit by monsters and want to cry, but some things will feel like you are not skilled. So difficult, any sudden situation has become a muscle memory, there is no need to think.

PVP aspect:
The top PVP team has higher employment opportunities and belongs to the all-rounder except the therapist. When there is not much equipment to increase the magic resistance, 1V1 has no natural enemies except Warlock.

For tactics, you can use Slow Fall to steal flags, use Ice Block to drag flags, and use Engineering and more.

For the group battle, it can control the group, concentrate the firepower, turn the enemy into a sheep, and counterspell.

The downside is that compared to the end of a battle, restoring to support the next battlefield without magic, Mage is sitting on the ground for almost half of the battle to drink potions. This shortcoming is in fast-paced combat. Very deadly, it is a professional balance.

In addition, WOW Classic's equipment is 1.12 version of the property, R10 or R13 equipment is extremely huge for Mage, the old version of R13 is not as good as the T1 set, the 1.12 R13 is almost equivalent to the T2.5 set, spanning 2 sets of grades Ascension, Mage directly produces qualitative changes, other professional promotion is not so high, such as Warlock's R13 suit is garbage, while the Warlock has no T2 suit.

With Rogue and Hunter, it is the most suitable career for lone wolves. Almost everything except RAID can be self-sufficient.

But always remember, Mage is the operation of the magnifying glass profession, the battle mode is mainly based on the skill of the opponent to crack, the poorly operated Mage combat power is not even as good as a green equipment Warrior without the therapist, the train of thoughts and reactions can not keep up, the game The experience will be very bad and not recommended.