- August 26, 2019
The Shadow Priest is entertainment as one of the best Solo PvP Classes in all of Classic WoW, with a range of powerful offensive spells. But Shadow Priests aren't known just for their "face-melting damage", they are extremely extremely tough to take down, thanks to defensive Spells such as Power Word: Shield, Inner Fire, and flat damage reduction from Shadowform.

PVP advantages:
1. Powerful physical damage reduction feature, Shadow-Priest can be used as a Platemail professional instead of Cloth Armor under the BUFF of Shadowform and Inner Fire.

3. Simple and effective damage output, Shadow-Priest's skill cooldown is not long, unlike Mage or Rogue relying on some powerful skills, short cast time and some skills that do not need time to release, you can make Shadow-Priest Easily create a lot of damage.

PVP disadvantages:
1. Endurance ability, Shadow-Priest skill is very MP, and there is no means to quickly restore MP. After entering Shadowform, MP consumes a lot of money, but Shadow-Priest can't switch state frequently. In multi-person PVP environment, it will be caused by lack of MP. Unable to attack.

2. Mobility, Shadow-Priest does not have any acceleration skills, and there is no deceleration, which causes most occupations to escape, and when Shadow-Priest is trapped, it is very difficult to escape.

In PVP, if the target is the same as your level, the spell base hit rate is 96% and the highest is 99%. Therefore, under the general goal of 0 resistance, there are 3 spells to reach the upper limit.

Hit will reduce the spells of binary spells (such as Mind Flay) because of target resistance, but reducing the same resistance will be more cost-effective.

Hit reduces the chance of non-binary spells (such as Mind Blast) being 100% resistant to resistance from target resistance.

Shadow-Priest will always have Shadow Focus + 3 in PVP, so whenever there are more than 6% Shadow Spell Hit, Shadow-Priest's Shadow Spell Hit is up to standard regardless of whether there is a Hit in the equipment. However, Dispel is not affected by the resistance and Shadow Focus as a sacred spell, so it must be guaranteed to have at least 3% of the spell hit to ensure the probability of the Dispel's Hit. On the basis of this 9% Hit, it is no longer necessary to add Hit. It is a better choice to reduce the spell resistance of the opponent.

After the full level, with the support of the T2 suit, there will be 20-30 points of Shadow damage resistance, while Priest and Paladin will have an additional 60 points. In extreme cases, some characters can reach 100 points, while a well-equipped Demonology-Warlock pet can have 300 Shadow damage resistance. Therefore, it is very important to reduce the resistance property of the opponent.

All occupations in WOW Classic are very fragile. In the absence of resilience, only endurance and armor resistance are used as defensive attributes. Among them, endurance is a common defense attribute of all occupations, and high endurance values ​​can improve the fault tolerance rate in PVP. So endurance is the first attribute of the Shadow-Priest PVP. In addition to the equipment that resists the damage of ice attributes, there are not many other equipments suitable for PVP, and if a single resistance attribute cannot reach 150+ or ​​more, then its effect is not large. 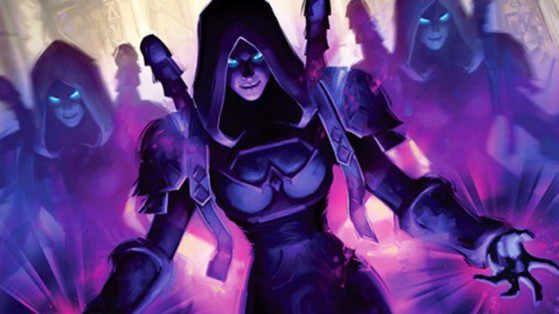 Intellect is the most important endurance of Shadow-Priest, 1 Intellect = 15MP, and 1% spell crit every 59.5 Intellect.

When not subject to mana regeneration 5 sec rule: 1 mana every 5 sec = 1.6 Spirit
When the mana is restored to the 5 second rule limit: Meditation + 3, 1 mana = 10.6 Spirit is restored every 5 seconds. If there is no Meditation, then even the higher Spirit will not recover mana at all.

1 Intellect= 1 Spirit 120 second mana regeneration effect (activated Meditation) = 75 seconds to restore 1 mana every 5 seconds, 1V1 time is hard to exceed 1 minute, they are more useful only in the face of treatment, but face You can use Mana Burn during treatment.

So the 5-second recovery rule and Spirit's role in PVP are not great. After the battle, your food is more effective for your battery life.

Guided spells such as Mind Flay, Shadow Word: Pain and Renew are not crit, and Shadow-Priest's spell crit damage is only 150%, and the damage on the damage crit is not high, but considering Flash Heal and Great Heal can also crit, so the crit gains are not so bad, but still ranked at the end of the damage attribute.

Conclusion: In summary, Shadow-Priest must have 3% Spell Hit Chance equipment in PVP. The priority order of other attributes is: Stamina> spell damage = shadow damage >= reduce the opponent's resistance to damage = Intellect> crit >Spirit>Hit.

To read more, go to the WOW Classic Career Guide.