Do you want to buy VIP and Bond Car Pack for Forza Horizon 4 players?

- March 13, 2019
Forza Horizon 4 is an open racing game, beautiful country scenery, mysterious barn, exciting tournaments, and infinitely created car decals, which not only attracts experienced players like cars, but also allows some novices to endure. I don't want to experience the excitement of the car.

Forza Horizon 4 is divided into several packages at the time of platform release. In addition to the base package, VIp and Bond Car Pack need to be purchased separately. So the question is, how much value do these two packages have for novice players? Value is not worth buying?

VIP
1. VIP member is a downloadable content pass, which is included in the Ultimate Edition or can be purchased separately.
2. Players with VIP status can earn double Credits by participating in the tournament.
3. VIP members receive three cars, a $5 million Lake Lodge house and VIP vanity items.

In addition, VIP players get super wheelspins every week, which offers three prizes each time. As for the prizes, it will be determined by your luck.

Bond Car Pack
The Bond Car Pack is a downloadable car pack that is included in the Ultimate Edition, but can also be purchased separately.

The package includes ten of the various James Bond movies released between 1964 and 2015, several of which feature additional Forzavista and look options, highlighting the changes they see in the film series.

From the above introduction, let us know the contents of VIP and Bond Car Pack. So, if you want to collect all the cars, or if you are a stubborn 007 fan, then buy the Bond Car Pack. If you are not, then you don't have to spend money on the Bond Car Pack, because no car is changing the rules of the game. 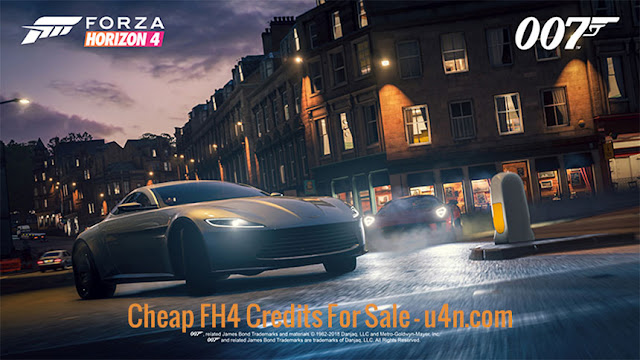 If you are just a casual gamer who likes to spend an hour or two after work, go to DLC. The cost is the same as the VIP membership, but for occasional gamers, it provides more content and extends the life of the game. If you play games often, then VIP is recommended because it makes it easier for you to get FH4 Credits to buy cars, so that you can speed up the game.

This article is for some personal advice for new players who are new to Forza Horizon 4. For those who are obsessed with the game, if the budget is sufficient, I suggest you buy the Ultimate Edition directly, which includes all the benefits and cars. If you buy the installation package separately, the price will be much higher than the price of Ultimate Edition.
Bond Car Pack Forza Horizon 4